Letter to MMC by FMES, PUCL-MH, FAOW, and MFC urging to restore its order suspending licenses of two doctors accused of abetting the suicide of Dr Payal Tadvi
Archives > Vol 4, No 3 (2007) 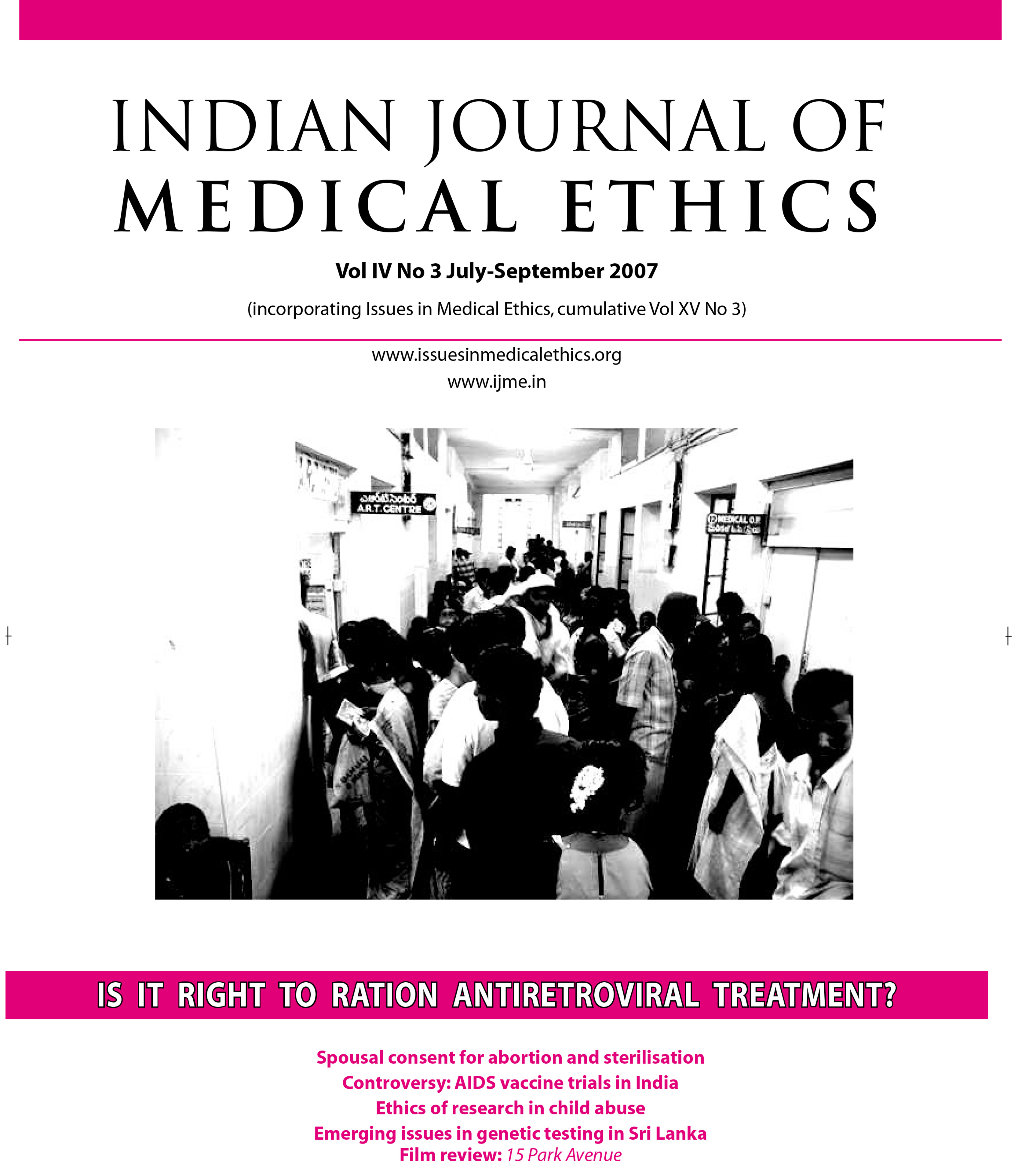 How the poor live, and how doctors decide

How should doctors decide who gets antiretroviral therapy for AIDS? Is it right to refuse treatment to migrant workers who have to go back to their villages periodically? If patients develop resistance to first-line treatment, is the government justified in refusing to pay for second-line drugs? The case study in this issue raises important questions about the government’s policy and its ethical consequences.

A recent Supreme Court judgement ruled that spousal consent is required for abortion or sterilisation. An editorial writer comments on the judgement’s implications for women’s rights.

On May 14, Binayak Sen, paediatrician, public health worker and civil liberties activist, was arrested in Chhatisgarh. In the second editorial, a colleague describes how Sen views human rights work as a natural extension of health work.

Have some of us got the facts wrong about the first Phase 1 trial of an HIV vaccine in India? Or do many questions remain unanswered? We carry the International AIDS Vaccine Initiative’s response to a January editorial as well as the editorial writers’ reply.

There is a paucity of ethical analysis of research on violence, particularly involving vulnerable groups such as women and children. An article reviews Child Abuse: India 2007, a study conducted by the ministry of women and child development.

In January this year, two Phase 3 clinical trials of a microbicide in India and four other countries were halted when a preliminary analysis suggested that it was associated with a higher risk of acquiring HIV. A researcher comments on the lessons learned from the trial.

Why do patients in India have to wait for hours before seeing the doctor? Does this scenario ignore the conditions in which doctors practise? Three physicians – one based in the US and two in India – debate the subject.

Finally, the international contributions discuss subjects of increasing importance world wide. An article from Mauritius reports on medical students’ awareness of torture. From Sri Lanka, a physician reflects on current trends in testing for genetic disorders, techniques with much promise but also scope for misuse.