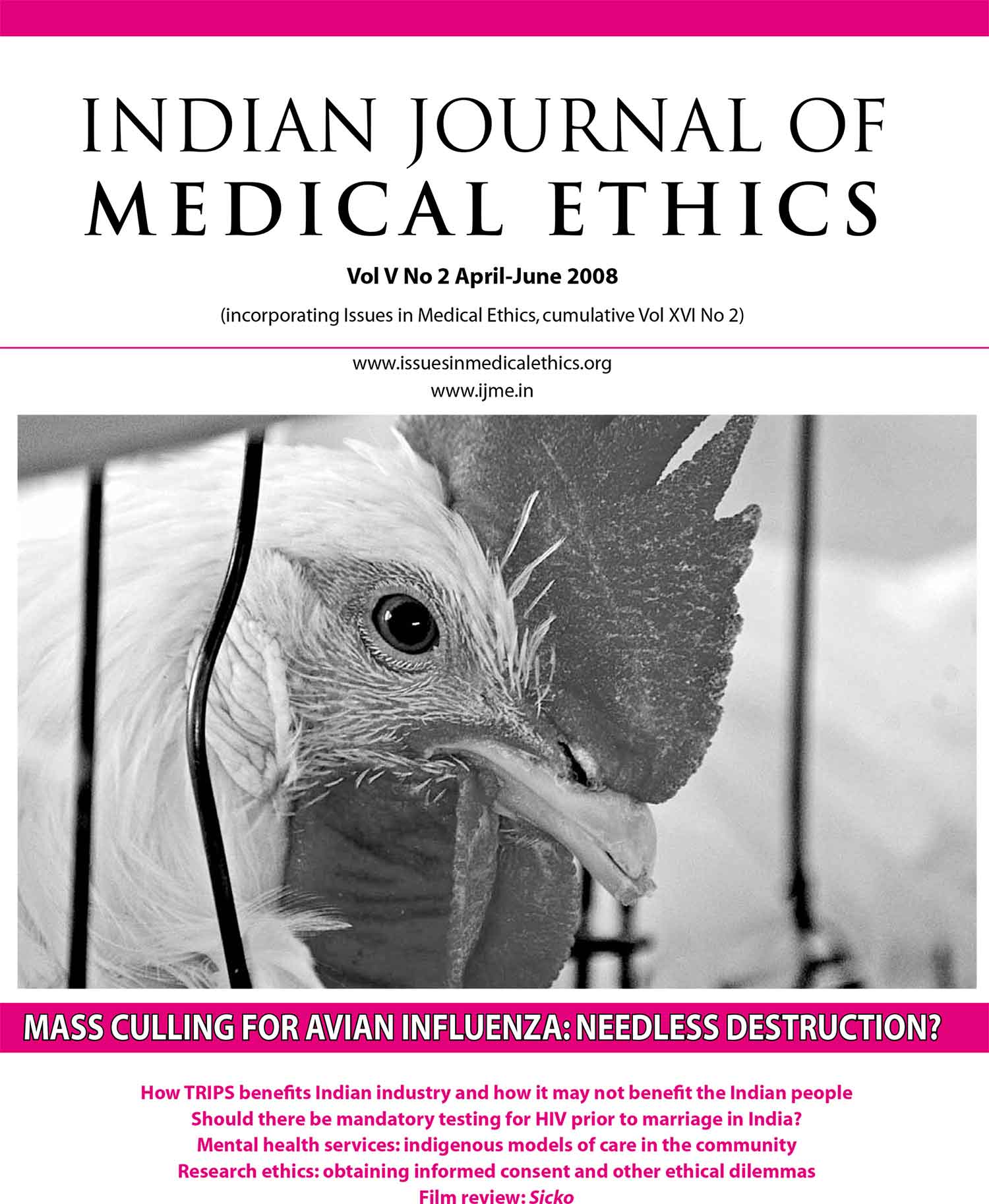 The ethics of public health practice

The essays in this issue of the journal address various ethical questions in public health practice.

How does the government make decisions on public health measures that have an economic impact? The outbreak of avian influenza in West Bengal led to the mass culling of domestic fowl though no human infection has yet been discovered in India. An editorial writer asks if this was good public health strategy — or an economic disaster that could have been prevented. Were the poor who owned and reared these birds given a choice to take the small risk of infection? The poor take far greater risks in their daily lives. When we take such decisions on their behalf, how do we judge if we are really acting for their good?

What are a government’s obligations to provide health care to the people? An editorial notes that the union budget for 2008-9 only continues a trend that was established more than 15 years ago, of restricting the availability of public health care services to the poor and encouraging the private health care industry.

Compulsory premarital testing for HIV has been proposed every few months by various state governments. A commentator argues that such testing violates human rights, it does not empower women and it makes no public health sense.