Letter to MMC by FMES, PUCL-MH, FAOW, and MFC urging to restore its order suspending licenses of two doctors accused of abetting the suicide of Dr Payal Tadvi
Archives > Vol 5, No 1 (2008) 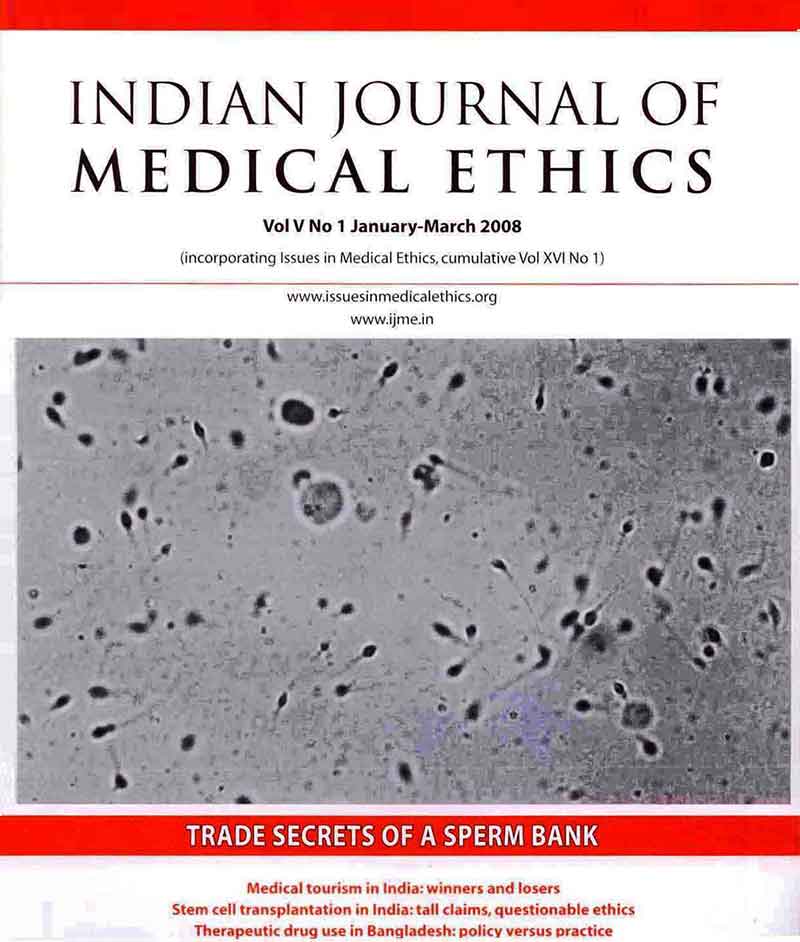 The character of the medical profession, the manner in which medicine is practised today and the direction of healthcare are shaped by our environment with all its inequities of caste, class and gender. This character, this manner and this direction are reinforced by the messages conveyed in the medical education system, by the incentives of the new economic policies and by the actions – or inaction – of regulatory authorities.

Such an understanding is expressed in various ways in this issue. An editorial writer comments on the Sukhdeo Thorat Committee report documenting faculty inaction against caste-based harassment of students in the All India Institute of Medical Sciences. That the caste and other inequities reinforced in medical school are expressed in medical practice is illustrated in an interview with the director of a sperm bank; parents demand – and doctors arrange – sperm of the desired caste and economic background.

The second editorial describes how the inequities in this environment are reinforced by the government. As private medical care grows it seeks foreign markets; hence the policy to promote “medical tourism” with tax breaks and other incentives – even as the vast majority of poor Indians have no access to healthcare.

Stem cell “therapy” is another example of an industry promoted by the government policy of turning a blind eye to its unregulated proliferation. A commentary writer documents the unjustified claims that prompt the desperate to spend their life savings in the hope of being cured of a serious disease. Doctors undertake experiments with neither scientific basis nor ethical clearance in the name of treatment.

Regulatory authorities indicate their inability – or unwillingness – to take action against unethical practices. Another commentary writer describing his encounters with corruption in medical practice points out that corruption has infiltrated the profession at every level, including those agencies meant to enforce ethical practice. Those who benefit from the existing system – within medical practice and in society in general – have every interest in maintaining the current state of affairs.

More than 500 health professionals, researchers, policy makers and students attended the Indian Journal of Medical Ethics Second National Bioethics Conference in Bangalore. We carry a report on the conference and comments from participants.