Letter to MMC by FMES, PUCL-MH, FAOW, and MFC urging to restore its order suspending licenses of two doctors accused of abetting the suicide of Dr Payal Tadvi
Archives > Vol 7, No 3 (1999) 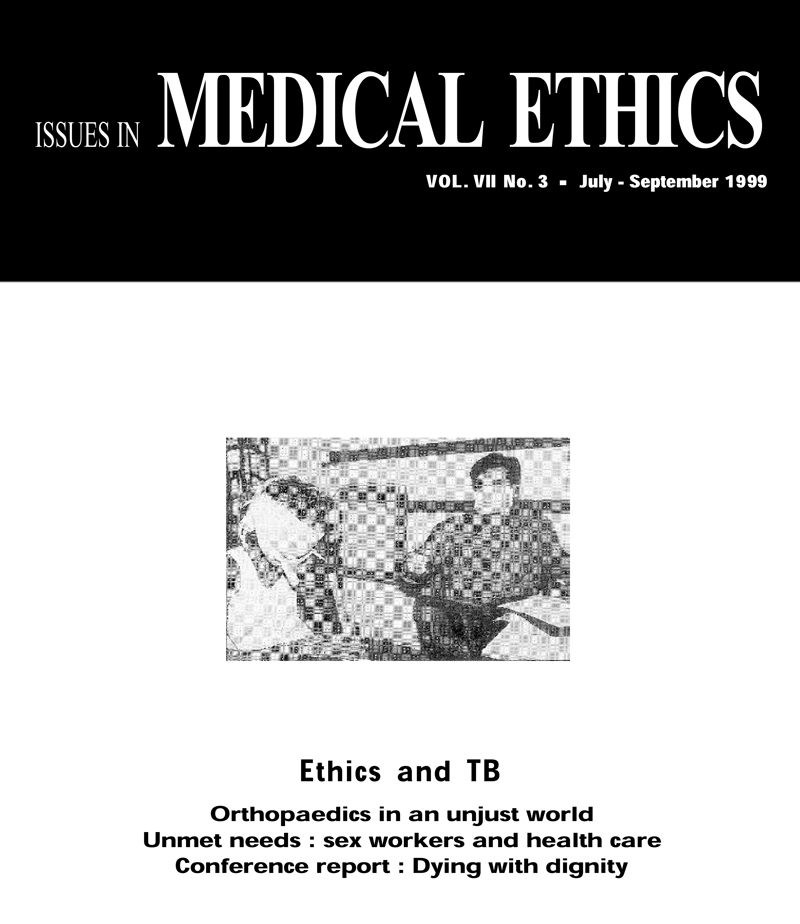 Ethics and the tuberculosis programme

Tuberculosis is in the news these days. But there’s nothing new about the bacterium, or even its devastating effect on our society. It’s just that other, newer conditions like HIV/AIDS have made some people wake up to the need for an effective tuberculosis programme.

In this issue we carry three contributions which discuss some ethical issues relating to tuberculosis programmes. Thelma Narayan discusses the relationship between one’s understanding of the probem (focussing either on the medical problem, the underlying causes such as poverty, or more basic causes such as social and economic relationships) and the choice of intervention strategies. John Porter and Jessica Ogden call for a debate on directly-observed therapy, a controversial strategy which is now being promoted by the Indian government and the World Health Organization. Finally, Michael Levy presents the proceedings of a discussion on TB in prisons. This discussion was part of a conference on TB and human rights.

It is hoped that these contributions provoke more discussion on the subject among readers of Issues in Medical Ethics. We look forward to responses.

From the other side
Sarita Agarwal
94 Abstract Full text PDF