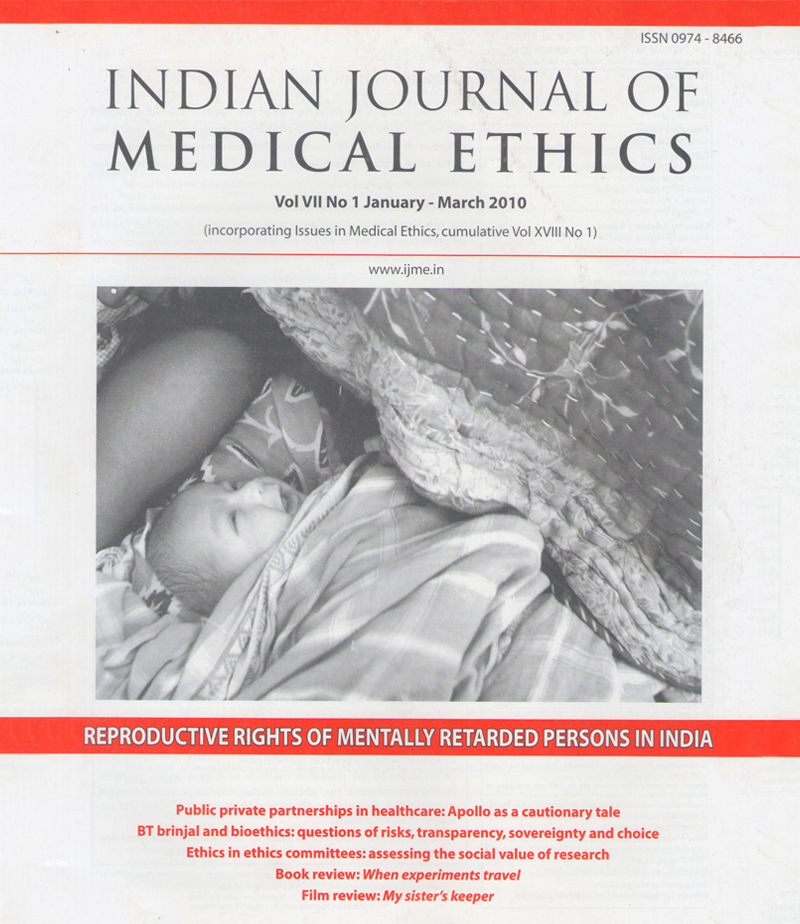 The recent ruling by the Delhi High Court that Apollo Indraprastha Hospital had not honoured its obligation to provide free treatment to the poor is the subject of an editorial in this issue. The writers call for regulation of the private sector and a scrutiny of the role and nature of the public-private partnership in healthcare.

The Genetic Engineering Approval Committee’s approval of Bt brinjal, the first genetically modified crop for human consumption in India, has sparked off protests across the country. A comment discusses some major concerns regarding this decision and calls for experts and the public to engage in the public consultations currently underway.

In June 2009, the Supreme Court ruled that a pregnant, mentally retarded woman could not be forced to undergo a medical termination of pregnancy against her will. We carry two comments on this issue. One argues that the judgement represents a watershed development in disability jurisprudence in India. Another suggests that the focus should be on the living conditions in institutions for the disabled and destitute.

Following the launch of “pilot programmes” for vaccination against cervical cancer in Andhra Pradesh and Gujarat, health organisations, medical professionals and women’s groups have joined in a campaign against the introduction of the human papilloma virus vaccine in India. We carry the campaign memorandum as well as comments expressing a range of views on this subject.

In our column on the ethics of ethics committees, we carry a reflection on the need for review boards to assess the social value of research;