During the lock-down period, we will continue to publish content Online First, along with temporary PDFs, which will be replaced later.
Archives > Vol 10, No 4 (2013) 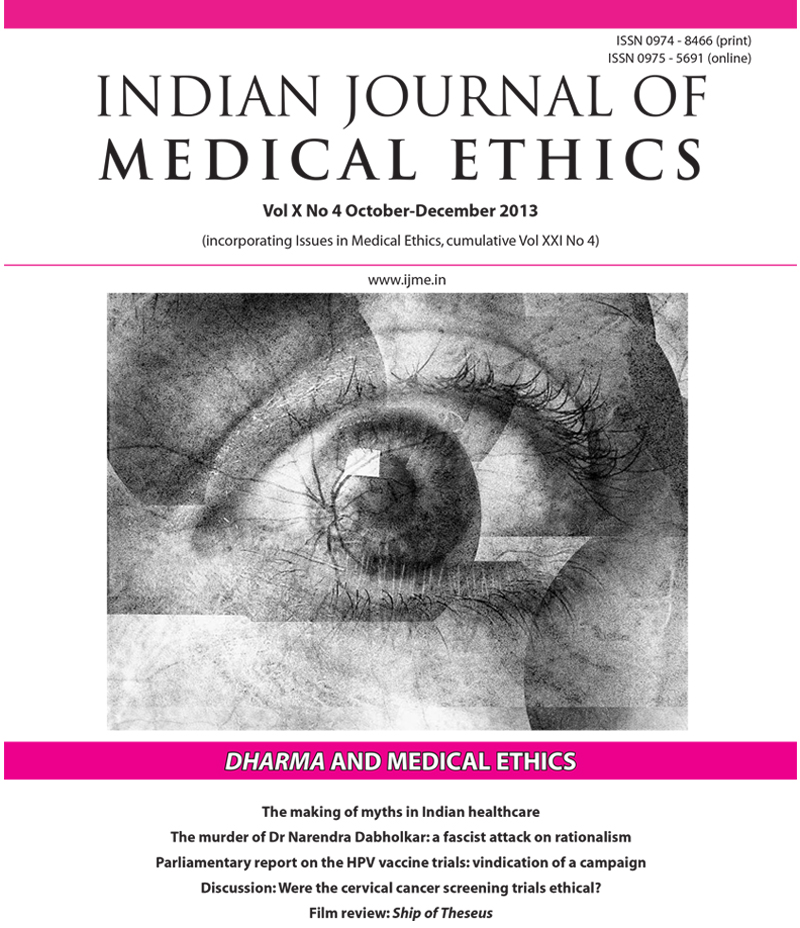 Opening a can of worms

In India today, attempting to claim one’s democratic rights, or even to seek information about them, is met with blatant stonewalling and even violence. The revolutionary potential of information and its increasing speed are both feared by vested interests and appreciated by the public. An editorial commends the Parliamentary Committee on the PATH HPV clinical trials for exposing the systematic breach of every norm meant to protect participants. Another analyses the proposed reforms in the Medical Council of India. Narendra Dabholkar devoted his life to exposing those who abused the people’s faith and paid with his life for his daring. In this issue, an editorial pays tribute to this man committed to science and public awareness.

Alongside this, the growing clout of the media lends itself to the marketing of myths and dreams, to which healthcare is no exception. An author traces the creation of a myth around a powerful chain of healthcare facilities. Other articles assert the need for pandemic preparedness, for medical regulation, and for strict norms in the conduct of clinical trials in India and abroad.

However, even the best laid plans need conviction and commitment to be implemented effectively. The need for a philosophical basis to strengthen medical ethics is explained by an author, while a research study demonstrates the link between the ethical climate at work and the job satisfaction of nurses. We also have a stimulating exchange of views in the Discussion segment.