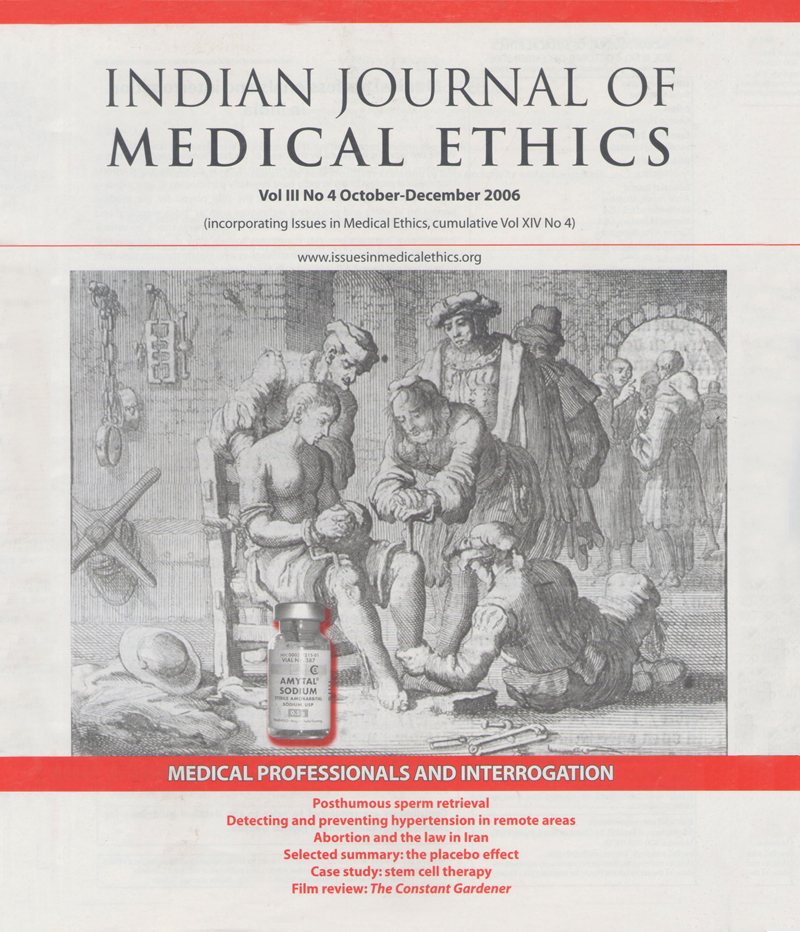 Medical professionals and interrogation in India

While the world is outraged by the news of doctors’ involvement in torturing prisoners in Guantanamo Bay, not a murmur is made about the many reports that medical professionals in India have regularly participated in interrogating under-trials. An Editorial writer looks at the role played by the medical profession in using and promoting techniques such as “brain mapping” and “narco-analysis” for interrogation. According to statements made by various international organisations, this constitutes torture. Why do Indian medical professionals not speak out on their colleagues who violate the oath they took to heal and not harm? A Comment calls for doctors to be trained in combating torture, so that they can avoid unwittingly becoming the torturer’s apprentice.

The major crisis in drugs in India has to do with a lack of affordable drugs for the poor and middle class, through the public health system, notes an Editorial writer. Does the draft National Pharmaceuticals Policy, which has been in circulation since December 2005, address this question? Medicines are the only commodity for which the end-user (the paying patient) does not decide what to buy and at what cost. The doctor prescribes and the patient pays.

Hypertension is not the privilege of the rich urbanite, notes a writer discussing the findings of a study on blood pressure among adivasis. Though the study itself is more than a decade old, the findings are believed to be relevant even today. An accompanying Comment looks at the need for primary health care to address both old and new health problems.

Other articles in the journal look at ethical concerns on posthumous sperm retrieval, the new abortion law in Iran and the ethics of placebos, in research and in therapy. The case study discusses “innovative” stem cell therapy.

Placebos: can you get something for nothing?
Bashir Mamdani
136 Abstract Full text PDF