Letter to MMC by FMES, PUCL-MH, FAOW, and MFC urging to restore its order suspending licenses of two doctors accused of abetting the suicide of Dr Payal Tadvi
Archives > Vol 6, No 4 (1998) 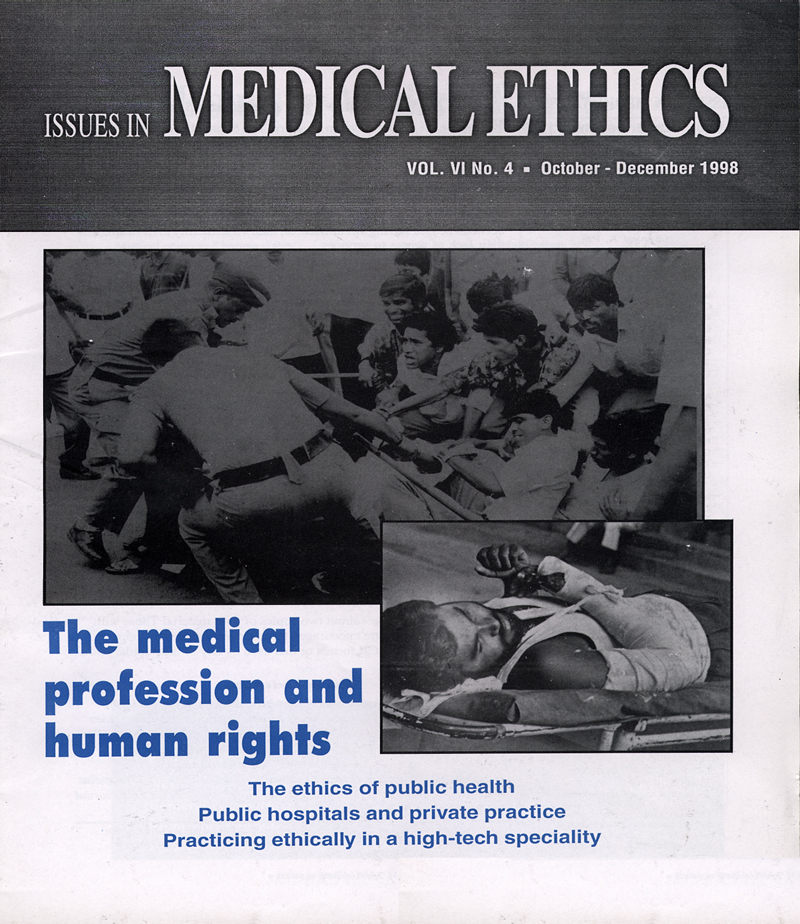 Following his sudden death in an air crash on September 2,1998, Jonathan Mann has been written about extensively for his work as an epidemiologist. Indeed, over most of his career, with under-served populations in the US and setting up the WHO’s Global Programme on’ AIDS, he was responsible for several important developments in health service delivery and research.

However, it is clear that Jonathan Mann was constantly making the links l between people’s living circumstances, their vulnerability to ill-health, and their lack of access to services.

He must be remembered for his critical role irrpromoting the idea that d people’s health .reflects their ability to exercise basic rights. By collaborating to set up the Francois Bagnoud Center devoted to the study and practice of health and human rights, and as the FXB Professor of Health and Human Rights, Dr. Mann provoked discussion about the nature of illness and health in the light of failure to ensure human rights.