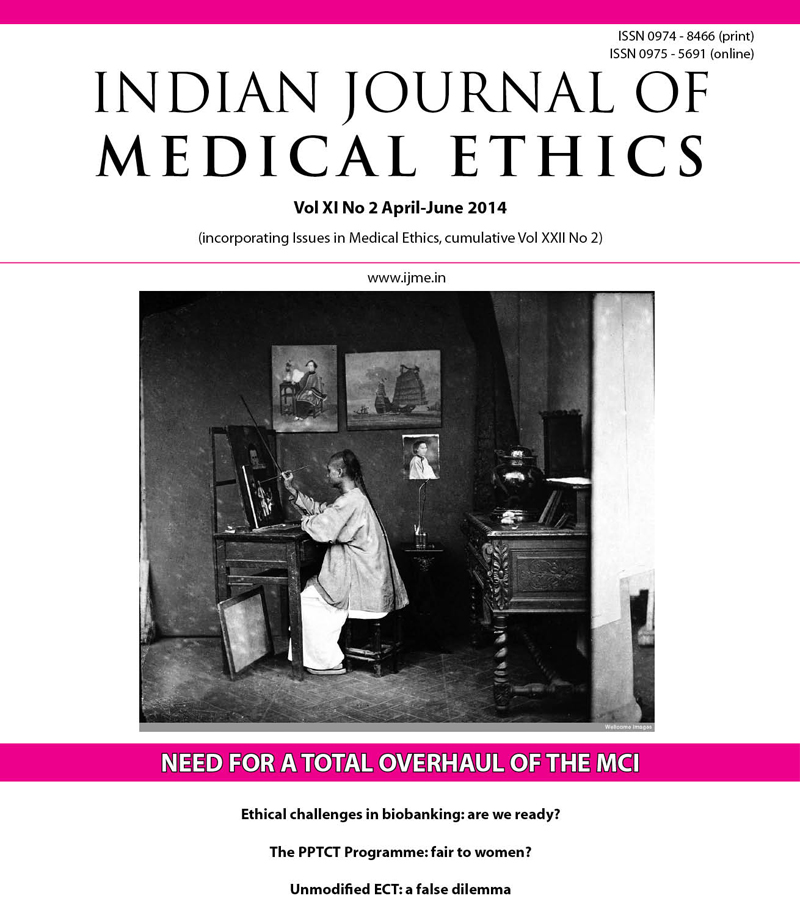 Can’t fool all the people all the time

It’s election season again, and the greatest reality show of the world’s largest democracy keeps the public hooked, the news channels on edge, and the politicians, especially the freelancers, chuckling all the way to the ballot box. With the vast reach of the media, is it as easy as it seems to be, to befuddle the public, to make them only viewers in a drama which decides their fate for the next five years? Why do key issues like the growing inaccessibility of healthcare and the rampant commercialisation and corruption in the health trade not seem to arouse citizens to demand solutions? A young doctor has said that “all of this blatant loot and injustice never bothered us being too busy as we were in rioting, killing our own countrymen for flimsy reasons, and foolishly hankering after politicians who mesmerized us with their belligerent promises” (Kiran Kumbhar in India Medical Times, March 20, 2014). Some of these points are raised in this issue.

An editorial warns of the stealthy attempts to undermine the authority of the monitoring bodies and the need to ensure that corrupt elements are kept out of them; another cautions against the narrow focus on women as potential carriers of HIV without widening the campaign outlook to ensure their safety and autonomy. The omnipresence of corruption in India is well known; here a comment reveals its less obvious presence in Germany and how it could be contained. The challenges of providing healthcare free while preventing the misuse of the facility are analysed by an author. A note of warning is sounded on
the use of new technologies like biobanking, and old ones like electroconvulsive therapy, while steering between the shoals of exploiting those who can pay and failing to treat those who can’t. A comment examines a recent apex court judgment from the perspective of the sick citizen and her right to redress. Let us have faith that young healthcare providers, and the country’s youth as a whole, will see through the murk and demand radical reform.