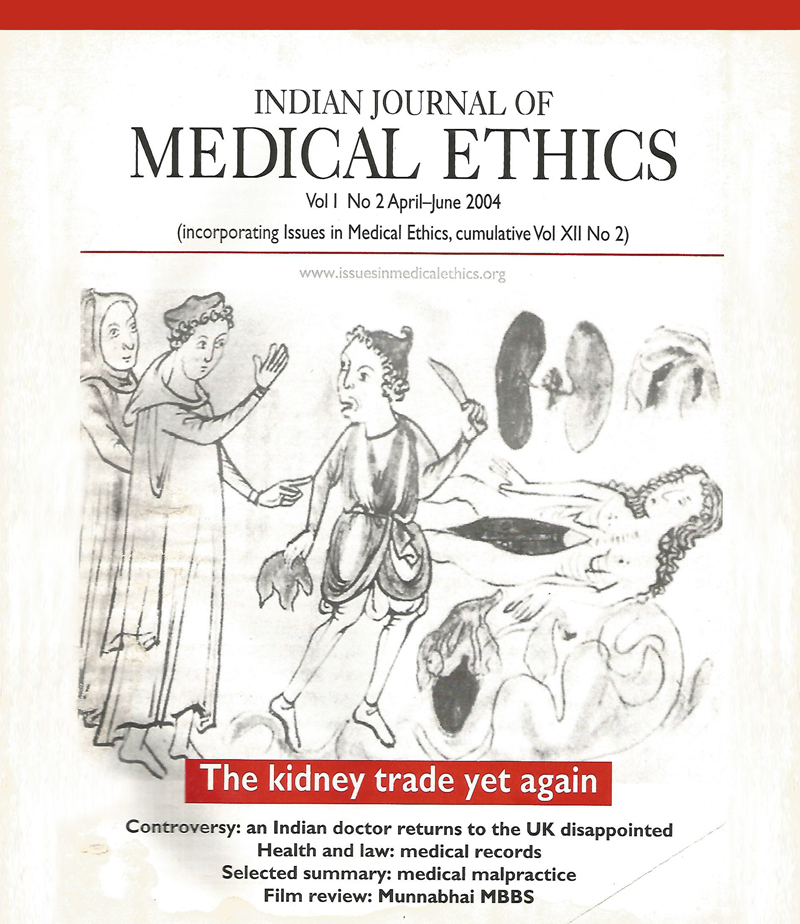 Reports of the trade in kidneys never stop; they only move from region to region as our editorial suggests. Likewise, another writer notes that despite a decade-old law against sex-selective abortion, the latest census shows a sharp decline in the sex ratio. The campaign against such unethical practices must be conducted at many levels if it is to succeed.

As the UK National Health Service launches a recruitment drive for doctors and nurses from overseas, sincere professionals in India regularly debate on whether it is better to stay and work for one’s own country. One such specialist explains why he has become cynical about the Indian system and has chosen to return to the UK. Another responds to the issues raised.

The IJME is facilitating a survey on sexual harassment in the workplace. A questionnaire on the subject is printed in this issue. Anonymity of responses is assured.

The HIV epidemic and the government’s actions raise a number of ethical issues. A writer explores ideas about the social, political and economic factors that affect HIV prevention. Another describes the involvement of students in community mobilisation for the prevention programmes.

Quacks are seen in every field of medical practice but quackery in pathology is unique, writes a pathologist.

The Selected Summary comments on an article on the efficacy of the US medical malpractice system. The application of the Consumer Protection Act to medical malpractice is seen as a landmark in the patients’ movement against negligence. However, mainstream medical journals in India have rarely discussed the subject.